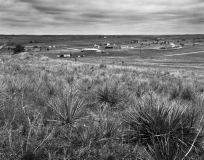 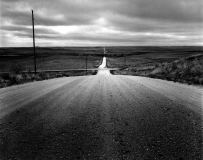 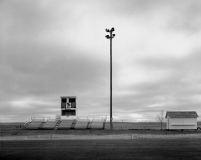 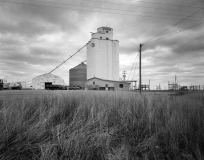 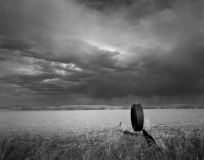 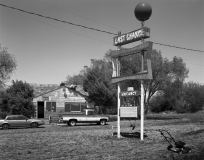 A good photo makes you think of a mining tunnel. It opens the inside of our world to the eye, exposes layers that have long been hidden and searches for riches that no one would have dreamed of at first glance. This is how the Austrian photographer Reinhart Mlineritsch works in his picture of the caterpillar tracks in the sand of the island of lthaka. The chain tracks can be read as an ensemble of opposites: fragility and violence, piles of sand and high mountains, light and shadow, people and nature. The picture is part of the cycle “Mineral Resources”, which is contained in one of the most beautiful new photo books: “Like a stranger” brings together more than seventy works by Mlineritsch from 1992 to 1998. Most of them were created in the region of Salzburg , sometimes also in Greek Islands or in America. But Mlineritsch does not do travel photography. His rock profile from the Kitzlochklamm is an almost abstract form, the tarry black has been wonderfully reproduced in the book with the glittering flashes of light. The same applies to the plant photographs, which have the same sharpness, contrast and three-dimensionality as scanning microscope images. The art of staging light is brought to perfection in these pictures: the unreal beauty that crumpled, burned or stretched plastic films develop in Mlineritsch’s pictures reconciles with the aseptically perfect coolness that is inherent in his pictures from Colorado. Through Ansel Adams, these motifs have already found such a convincing documentarian that it is no longer a win to try it again, also in black and white. But in the incredibly filigree layer of ice on Wallersee, in the snowdrifts in the Weißpriachtal, which Mlineritsch photographed like a thin morning mist, or in the shadow grid over an access road in Oberalm, the photographer discovered an optical bonanza. These lucky founds live primarily through the contrast that the transition from one structure to another creates and Mlineritsch discovers them with such a confident eye that one can only be amazed at this miner of photography who approaches his objects with a delicacy that reminds more of an archaeologist who is only allowed to work with the finest instruments directly at the site. (Frankfurter Allgemeine Zeitung, August 21, 1999).

Analogue black and white photographs, elaborated by the author as pigment prints on baryta paper at the size of 60 x 42 cm, limited editions, dated and signed on the back (other formats on request).

You can buy original photographs of the book “Like a Stranger”: Further information at reinhart@mlineritsch.com