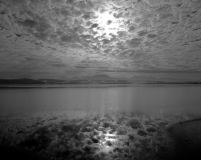 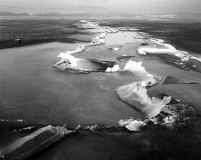 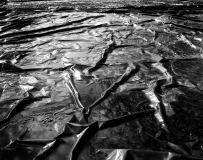 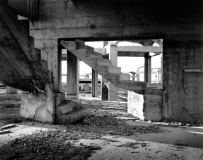 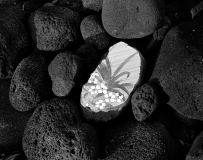 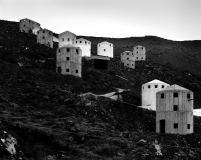 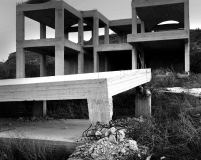 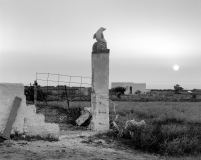 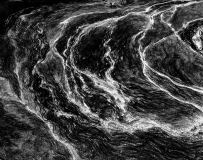 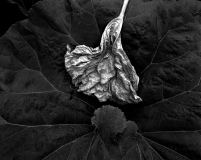 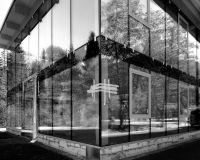 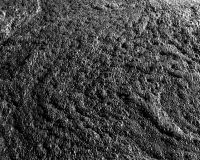 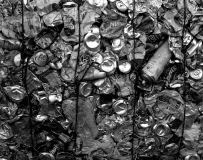 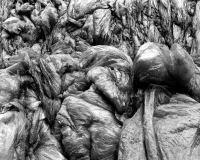 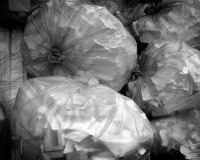 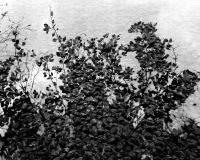 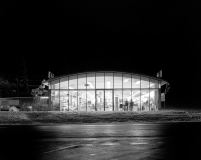 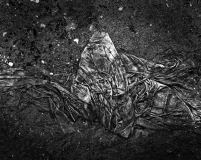 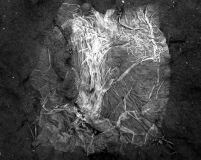 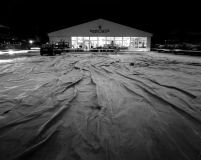 The art of a second look: New photographs by Reinhart Mlineritsch

It is in the nature of photography that it isolates the displayed image detail of the world, tears it out of the context of a landscape, an architectural ensemble, an event. But it also inserts the pictures into new contexts. The viewer always perceives a photo in a frame – that of an exhibition, an advertising text or, like the photo above, a newspaper page – and thus turns it into a larger piece of the mosaic that the photographer did not know.

The title of our photo is only time and place of origin: “Trimmelkam, Upper Austria, Austria, 2000”. What does it show? An obviously natural structure, enclosed air bubbles on an ice surface. But how can you explain the light-and-shadow games behind it? So an – artificial – glass construction or maybe both: ice on a glass surface? There are many such ambiguities in the work of Salzburg-based photo artist Reinhart Mlineritsch. His motifs are diverse: there are landscapes as well as industrial and architectural photographs, nature studies in extreme close-up and alienated detailed studies of everyday objects. But what appears like an etude and arbitrary when taking a fleeting glance reveals a paradoxical aesthetic at a second glance, which is necessary for almost every picture: the utmost sharpness and richness of contrast make the object fall prey to an optical uncertainty principle. The hilly landscape from a bird’s eye view is actually a plastic film (or rather a solid paint surface?); transparent garbage bags appear as rock formations.

In analogy to the always easy to commercialize “natural wonders” – also represented in some wonderfully illuminated photos of caves and grottos – one would have to speak in the case of Mlineritschs photogrphs of “culture” – or rather “civilization wonders”: shimmering plastic films in geometric patterns, caterpillar traces in a giant Excavation pit, vegetatively growing cable ends, hoses, chain links – what must appear to the normal, still romantic view as ugly, as a degradation of nature, becomes an abstract work of art under an artificial shadow control. In the direct comparison of organically grown and made things – something of icicle stalactites and a forest of supporting pillars in the shell – the border between world and work itself becomes the subject of the picture. Mlineritsch shows that the concept of a nature that always has beauty on its side is the result of a standardization of perception. Or, in an archetype of aesthetics: that a successful work of art appears as compelling as nature itself. (Frankfurter Allgemeine Zeitung, December 6, 2003).

You can buy original photographs of the book “Velvet Curtain”: Further information at reinhart@mlineritsch.com